Established in 2006, the 1929 Club was established to honor the year in which a group of Greenville women met and formed the Junior Charities of Greenville. This initial meeting in September of 1929 led to what we now know as the Junior League of Greenville, Inc.

The 1929 Club signifies a group of donors who are dedicated to securing the future of the Junior League of Greenville through a one-time gift of $1,929 or more. League members, friends, relatives and supporters of the JLG are welcome to join.

1929 Club members are recognized on the website, in the directory and during miscellaneous events throughout the year. They also are permanently documented on a plaque hanging at JLG Headquarters. By making a generous donation and joining the 1929 Club, donors feel a tremendous sense of satisfaction knowing they are making an impact on the community and future generations of League members.

The JLG greatly appreciates the 1929 Club members and the important part they have played in ensuring the financial security of the Junior League of Greenville, Inc.

Memorials
In Memory of Elizabeth Park Parker and Noel Parker McKissick Miles, given by Smythe McKissick
In Memory of Shirley Halter, given by the Employees of the Caine Company 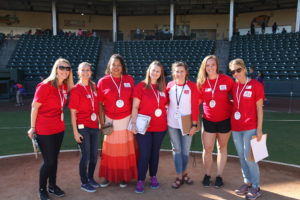 The Junior League of Greenville is a group of over 1,200 women committed to promoting voluntarism, developing the potential of women, and improving the Greenville community. Our members gain leadership skills while also improving the community for our neighbors who are in need. We have one opportunity each year for women in Greenville to join our membership. Click here to learn more!

Deadline to join has been extended to August 1st

Upon successful completion of your Provisional year, you will be become an Active member of the Junior League of Greenville!

For more information abut what to expect in the first year of Membership and how to join, please view the Open House Video here.  You can also review the Prospective Member Packet, which includes dates for the 2022-2023 JLG year as well as other Membership information.

After you have viewed the Open House video and reviewed the Packet, we invite you to complete the Prospective Member Application. We even have an instructional video for completing the Applications!